Viking takes you to the heart of Europe via its grand waterways, providing you with boundless insight into the continent's cultural and historic treasures. Immerse yourself in the storybook villages, vibrant cultural centers and picturesque landscapes of The Netherlands, Austria, Germany, France, Hungary and Switzerland, and unlock a whole new world of discovery.

Ready to start planning your

Need Help? Have Questions. Want More Information? Talk To us.

Immerse yourself in the Old World as you sail Europe's most iconic rivers. Witness Budapest, one of Eastern Europe's most treasured cities, and explore charming villages on a Danube River cruise.  Explore canal-laced Amsterdam and glide to German castles on a Rhine River cruise. Traverse the vineyard - lined Moselle and Main Rivers to quaint Western European towns.  In France, savor specialty cuisine and fine wines along Normandy's Seine and Provence's Rhone River. Or behold the splendor of the Elbe, one of Central Europe's most unspoiled rivers. 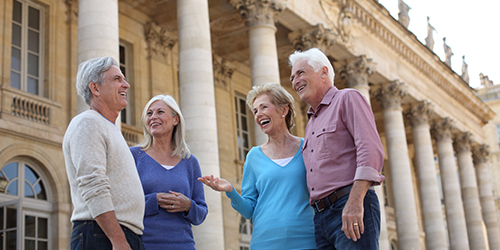 1. Danube River Cruises
Glide along the gentle waters of the Danube, the heart and soul of Central Europe. These legendary waters flow through 10 countries, coursing through Germany, Austria and Hungary to the Black Sea. Our Danube River cruises deliver you to culture-rich banks, from scenic vineyards to spectacular monasteries and elegant cities that have inspired composers and writers for centuries. Find your inspiration on one of the Danube Cruises >>Go!

2. Rhine River Cruises
Hillside castles, lush riverbanks and storybook villages take center stage during our Rhine River cruises through Switzerland, Germany and The Netherlands. With the Main and Moselle Rivers, the Rhine forms one of the most spellbinding rivers systems in Europe. As you admire charming Dutch windmills and Germany's vineyard-cloaked hills, raise a glass of Riesling to the magnificent vistas unfolding on one of the Rhine Cruises >> Go!

Highlights of the Rhine River
A Rhine River cruise takes you into the heart of Middle Europe, where stately castles, fairytale villages and cultural centers have long been witnesses to history. The river's banks are brimming with historic treasures, natural beauty and vibrant capitals. Here are a few highlights Viking reveals to you:

3. Moselle River Cruises
The romantic Moselle River winds through an enchanting landscape of steep, emerald vineyards, legendary castles and picture-book villages strung like pearls along the riverbank. Its terraced slate hillsides draping to the water's edge form one of the most spectacular wine regions in Europe. The rich wine-making traditions of Germany are also ever-present here, as you're sure to discover during one of Viking's Moselle River Cruises >> Go!

Highlights of the Moselle River
The Moselle River meets the Rhine at Koblenz, Germany. On the way, it weaves and twists from France, forms a natural boundary between Luxembourg and Germany and follows a sinewy path past breathtaking vistas of sloping vineyards. The Holy Roman Empire had one of its major capitals here, the magnificent city of Trier, and tidy villages emerged on its fertile shores to produce what would become some of the world's most loved wines. Here are a few sample highlights of what awaits you on a Viking Moselle cruise:

Trier's fascinating ruins from its days as a Roman capital
The fairytale charms of Bernkastel-Kues
Luxembourg City's elegant and stately architecture
Wine-making traditions that date back 2,000 years
The stunning medieval town of Cochem
Millennium-old Reichsburg Castle, perched on a hillside
The quaint Old Town of Koblenz, where the Moselle and Rhine meet
The refined, sweet flavors of the world's best Rieslings

4. Main River Cruises
Explore the heart of central Germany, drifting past forested hills, lush meadows and historic towns. A Main cruise between Bamberg and Mainz passes through 34 impressive locks, built to make these waters navigable. But perhaps the river's most impressive feature is its link to the Danube via the Main-Danube Canal, enabling river travel across the entire length of Europe. Choose from one of Viking's Main River Cruises >> Go!

Highlights of the Main River
The scenic Main River seems to take its time on its circuitous route to the Rhine, twisting and arcing its way at a leisurely pace through Germany's scenic landscapes. Throughout its past, it has served as a geographic and cultural divide, separating languages, cuisines and religions. Today, this lazy waterway is a source of pride for all Germans, lined with picturesque preserved forestland, sprawling vineyards and some of the nation's most beloved cultural and historic landmarks. Here is a sample of what you may experience during a Viking Main river cruise:

5. Seine River Cruises
Meandering on a serpentine path through the serene Norman countryside, a Viking Seine river cruise delivers you to the picturesque and storied locales of Northern France, from elegant Paris and Claude Monet's home at Giverny to the Normandy beaches. Seine cruises drift past dreamy apple orchards, soaring cliffs, castle ruins and historic Rouen, the region's cultural capital. Join one of our France River Cruises >> Go!

Highlights of the Seine River
It is only 110 miles as the crow flies from Paris to the English Channel, but the Seine River snakes its way through 240 miles of magnificent Norman vistas. There is much to see as this waterway winds through France's history: the riverside cultural monuments of Paris, scenic vistas that still today inspire great artists, farmlands that produce Calvados apple liqueur, and so much more. Here are some select highlights you will enjoy during a Seine river cruise:

6. Rhone River Cruises
A Rhone river cruise with Viking delivers you to the gastronomic heart of France, traversing scenic wine-growing regions and pausing to explore charming Provencal villages and historic cities like Avignon and Arles. It is pure privilege to experience this celebrated corner of Southern France on a Rhone cruise, from culinary Lyon to the unspoiled Camargue. Among France river cruises, a journey along the Rhone is unmatched >> Learn More.

Highlights of the Rhône River
The Rhone River winds its way into France from the Rhone Glacier in Valais, Switzerland, meeting the Saone at Lyon. Its waters flow past some of the country's most significant historic landmarks, some dating back to Roman times. Blanketed with lavender and sunflower fields that display their full color in summer, the Rhone's Provence region has long been an inspiration to artists. Above all, its vineyards and farms produce France's famed wines and cuisine. Here are a few sample highlights of a Rhone river cruise:

7. Elbe River Cruises
Sail the Elbe River to reaches seldom seen. Traversing the beauty of the Czech Republic and Germany, you will uncover an intimate side of Central Europe, pausing to explore Berlin and Prague. From the rock-strewn cliffs of Saxon Switzerland to historic Wittenberg, an Elbe River cruise with Viking presents a moving portrait of a fascinating nation. Enlightening insights greet you around every bend along Germany's most treasured river. >> Learn More

Highlights of the Elbe River
The once divisive Elbe River is today a symbol of unity. Along this scenic river, East Germany became free, and cities that once lay in rubble now stand tall. With much of this breathtaking river unaltered by mankind, it is a truly inspirational waterway. Here are some sample highlights you will see with Viking: 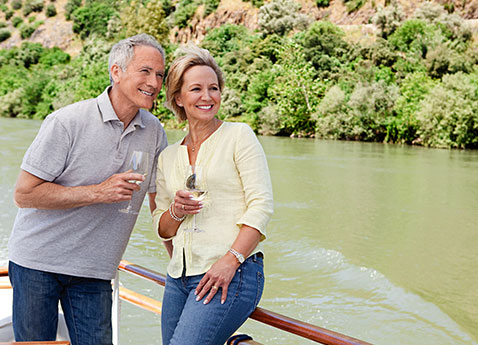 Then : Click on the appropriate link to the cruise you want

and you will find the "Request a Quote"  link or pull down menu, when you review the cruise itinerary, sailing dates and rates. Then : fill out a very short form and you've begun to plan your Viking River Cruise. 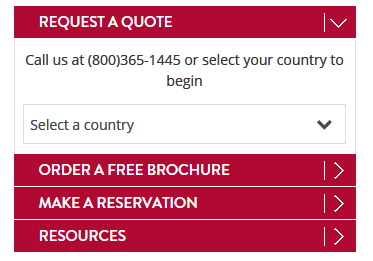 You can also order a free brochure, or find other resources. To make a reservation, or get answers to your questions, just call us at 800.365.1445